What Does it Mean When You Have Sleep Apnea?

What Does it Mean When You Have Sleep Apnea?

If you’ve been diagnosed with sleep apnea, then you’re likely facing some concerns, worries, and questions about how your life, both waking and sleeping, will be impacted and changed. Sleep apnea is a condition that should be regarded seriously, but with proper care and precautions, you can begin to reclaim restful sleep and live a healthy life. 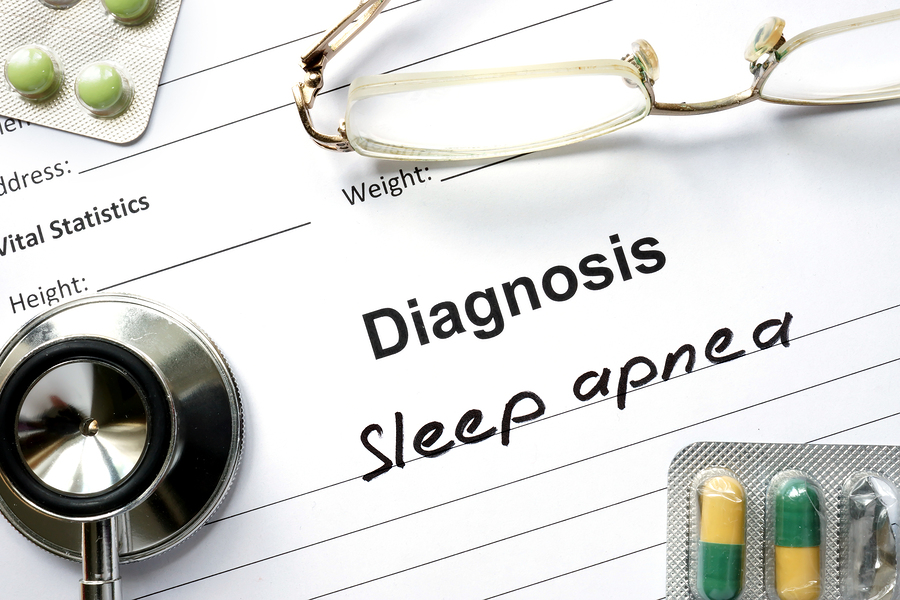 If you’ve been diagnosed with sleep apnea, then you’re likely facing some concerns, worries, and questions about how your life, both waking and sleeping, will be impacted and changed. Photo: Bigstock

What is Sleep Apnea?

According to WebMD, sleep apnea is a serious sleep disorder that causes people to experience interrupted breathing while they sleep. People with sleep apnea will stop breathing as many as hundreds of times during the night, which deprives their bodies and brains of the oxygen they need to function properly, and get safe, restful sleep.

There are two kinds of sleep apnea:

Obstructive Sleep Apnea is the more common of the two types of sleep apnea, and is usually caused by soft tissue collapsing during sleep, which blocks the airway.

Central Sleep Apnea, however, is not due to a blocked airway. This type of sleep apnea is caused when the muscles used in breathing do not function properly because of a failed signal from the brain.

Mixed Sleep Apnea is a combination of the two.

Prevalence of Sleep Apnea in America

According to the National Sleep Foundation, more than 18 million adult Americans are affected with some type of sleep apnea.  The prevalence of this sleep disorder in children is more difficult to estimate, but it can range anywhere from 2-3% to as high as 10-20% in children and young adults who snore consistently while they sleep.

Sleep apnea is treatable, so if you are experiencing insomnia, trouble falling asleep, or don’t feel well rested when you awake in the morning, it is worth the time to consult your doctor to see if you are suffering from a sleep disorder.

Sleep apnea typically lasts for 10-20 seconds, and can occur hundreds of times in the course of one night of sleep. This disrupts sleep patterns and also deprives the blood of oxygen. If left untreated, sleep apnea can be very dangerous and detrimental to good health and sleep.

The only cure for OSA sleep apnea is to lose weight (if being overweight is contributing to the sleep disorder) or have the soft tissue blocking your airway surgically removed. However, this is typically a last resort if other treatments do not help remedy the problem and restore proper sleep pattern and rhythm.

With proper sleep apnea treatment, many people are able to resume normal, restful sleep, and minimize the side effects of the disorder during waking hours.

The most common treatments for people diagnosed with sleep apnea are:

According to the American Sleep Apnea Association, CPAP machines are the most widely used treatment for moderate to severe obstructive sleep apnea. These machines have also been endorsed by the American Academy of Sleep Medicine.

A CPAP machine is used while sleeping, and consists of a mask that fits snugly over the mouth and often, the nose as well. The machine works by providing a consistent supply of pressurized air that prevents the soft tissue in the throat from collapsing and blocking the airway during sleep.

The first line of treatment recommended by the American Academy of Sleep Medicine for mild to moderate cases of OSA is an oral appliance.

Oral Appliance Therapy (OAT) consists of wearing a custom fitted oral device that fits much like a dental retainer or mouth guard. The appliance works by gently shift the lower jaw forward slightly to prevent the muscles or tongue relaxing and closing off the sleeper’s airway.

Left untreated, sleep apnea can negatively impact your sleep as well as your overall health. For this reason, it is always a great idea to consult a doctor if you think you might be suffering from sleep apnea. If you are diagnosed with this sleep disorder, always pay attention to your doctor’s instructions and advice and follow them as closely as possible. This will ensure that you can continue to live a healthy, well rested life.

Women with Sleep Apnea at Higher Risk for Death