Can a Person Die from Lack of Sleep?

Can a Person Die from Lack of Sleep?

Sleep is undoubtedly an important component of living a healthy, focused, and happy life during the hours you spend awake. Not getting enough restful sleep, or not sleeping at all for extended amounts of time can have very adverse effects on your mental and physical health, and continuously missing rejuvenating sleep cycles has even been linked to untimely death in extreme cases. 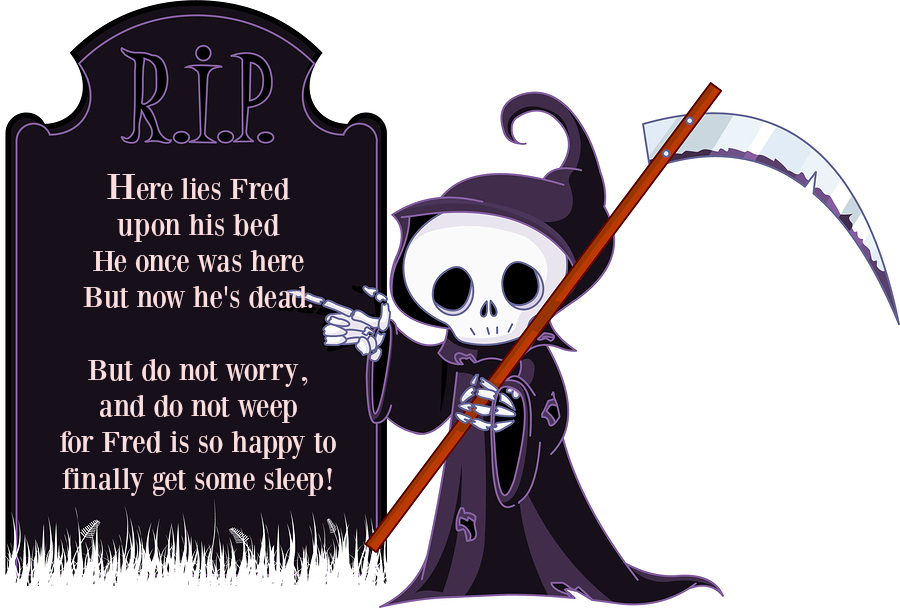 Here lies Fred upon his bed. He once was here but now he’s dead. But do not worry and do not weep. For Fred is so happy to finally get some sleep! Photo credit: BIgstock

Not sleeping enough to let your body properly and consistently revive and rest can be highly detrimental to your health in many ways, including those below.

Lack of sleep can cause extreme bouts of drowsiness that can inhibit your attention and focus, as well as reduce your reaction speed. This makes drowsy people more prone to all kinds of mistakes or accidents in everyday life, some with life-threatening consequences. In fact, according to the National Highway Traffic Safety Administration, fatigue is cited as the reason for 100,000 car accidents a year in the United States.  In 2014, car crashes claimed 32, 675 lives, of which approximately 1,550 were attributed to fatigued drivers.

According to WebMD, people with chronic sleep disorders are at a higher risk of developing or aggravating serious health issues such as:

Not getting enough rest can cause you to become listless and lethargic, which will play a part in diminishing your sex drive. In men, lack of sleep has also been linked to decreased testosterone levels, which regenerate and replenish during sleep.

Premature aging of the skin

Chronic sleep loss can also cause the aging process of your skin to speed up, particularly in the facial skin around the eyes. This causes puffy eyes, dark circles, and increases the presence and appearance of fine lines and wrinkles. This is because when you don’t get enough rest, your body releases higher amounts of cortisol, which is the body’s stress hormone. Too much cortisol can break down collagen and decrease the elasticity of the skin.

In the Whitehall II study, a team of British researchers studied how sleep patterns were linked to death. The study was conducted over the course of several decades, and examined sleep cycles of civil workers. The results were published in 2007, and revealed that those who consistently slept less than 5-7 hours a night were twice as likely to die from every type of cause. Cardiovascular disease deaths were doubled in those who chronically missed sleep.

Not getting enough sleep on a regular basis is also highly linked to other health risks including:

Deaths Caused by Lack of Sleep

Though there is conclusive evidence of sleep deprivation causing death, there are differing opinions among scientists about what the root cause is, or how long someone can stay alive without sleeping.

However, many past studies conducted on animals have proven that not sleeping enough can be fatal. And in recent years, human deaths have been caused by going long periods of time with little to no sleep.

For example, in 2012, Time Magazine published a story about a man in China who stayed awake for 11 days to watch soccer. While the man was also using tobacco and alcohol during this time, when he was found dead in his home, the cause of his demise was cited as exhaustion. This man was reportedly in good shape and good health prior to staying awake for an extended timeframe.

Sleep is very important to living a life filled with good health, wellness, success, and happiness. And as research is now showing, sleep may just be absolutely vital and necessary to staying alive. If you’re experiencing regular sleep disruption, it’s worth it to consult the matter with a doctor to ensure that you stay in good health and can live your life fully and avoid adverse health issues or untimely death.