Are You Sleepy or Sad or Both?

Feeling sad or down every once in a while is part of life. The busy American lifestyle is especially prone to stress which can cause feelings of anxiety and feeling overwhelmed. It’s when these feelings are persistent that is cause for concern. Ongoing feelings of sadness, anxiety, loneliness and a loss of interest in things you care about are all signs of depression. 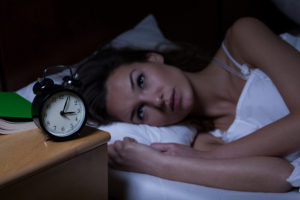 Recent studies show that nearly ten-percent of Americans over age 12 suffer from major depression. That number almost doubles when including depression and depressive disorders. That is a staggering number when you think about it; it equates to nearly 30 million people! Nearly one-half of those diagnosed with depression are also diagnosed with an anxiety disorder. So what does that have to do with sleep? Well, a significant number of patients being treated for depression report having trouble sleeping. The reverse is also true as patients with sleeping disorders report feelings of depression. The data suggests that perhaps both issues can be addressed together.

Think about it. When you are having trouble sleeping, you probably feel moody and more prone to feeling stressed out or irritable. And when you have something on your mind and are feeling down, you probably lay awake thinking/worrying/dwelling. It can be a viscous cycle and it only seems to make sense to tend to both issues as a whole.

Consider these facts and figures:

• Major Depressive Disorder is the leading cause of disability in the U.S. for ages 14-44.3
• People with insomnia have a ten times greater risk of developing depression than those who report sleeping well.
• One study suggests people with depression are 5 times more likely to suffer from sleep apnea.
• Patients using a CPAP to treat sleep apnea report lessening symptoms of depression after getting consistent and better sleep.
• Depression is more prevalent in women than men.

Common symptoms of depression include:

Common signs of a sleep disorder include:

• You get a full night of sleep (7-9 hours) and wake up feeling groggy or unrested.
• Chronic snoring
• Daytime sleepiness
• You’ve had trouble falling asleep or staying asleep for a month or longer.
• You suffer from depression or other mental health disorders
• Frequent and long naps during the day.
• Difficulty concentrating at work or school.
• Anxiety

Depression and sleep disorders show up differently in people. If you or someone you know is experiencing symptoms of depression, we encourage you to seek professional medical help. It is a common and treatable issue! If disrupted sleep is causing or resulting from depression, we are here to help. You deserve to sleep well and feel well.