Animals’ Sleep: Is There a Human Connection?

Giraffes can go without sleep for weeks, while brown bats sleep for nearly the entire day. The golden dormouse carefully balances itself on the branch of a tree to sleep, and any quiver of the twig wakes it up immediately.

From the minuscule tree shrew to the most physically imposing of mammals, animals have varying sleep patterns and habits. Rats have similar sleep needs to humans, requiring rest to become alert and learn new tasks for the upcoming day. Certain canines have even helped scientists in treating serious sleep disorders.

The common denominator of both (non-human) mammals and humans is the existence of rapid eye movement (REM) sleep, the sleep state that is associated with dreams. Both humans and all other mammals display the same level of brain activity and increased heart rate variability during REM sleep. For example: dogs often bark or twitch their legs during REM sleep; platypuses make movements imitating the process where they kill crustacean prey before eating it; and humans often talk in their sleep.

“[Mammals] all have the same fundamental sleep cycle,” says Adrian Morrison, DVM, PhD, professor of Behavior Neuroscience at the University of Pennsylvania Veterinary Center. “During REM sleep, you see the same kind of eye movement, paralysis and twitching across species.”

Scientists still don’t know—and probably never will—if animals dream during REM sleep, as humans do. “How can you prove that another person has dreams? You ask them,” says Siegel.

Scientists do know, however, that the brain wave pattern during REM sleep among animals is similar to humans. 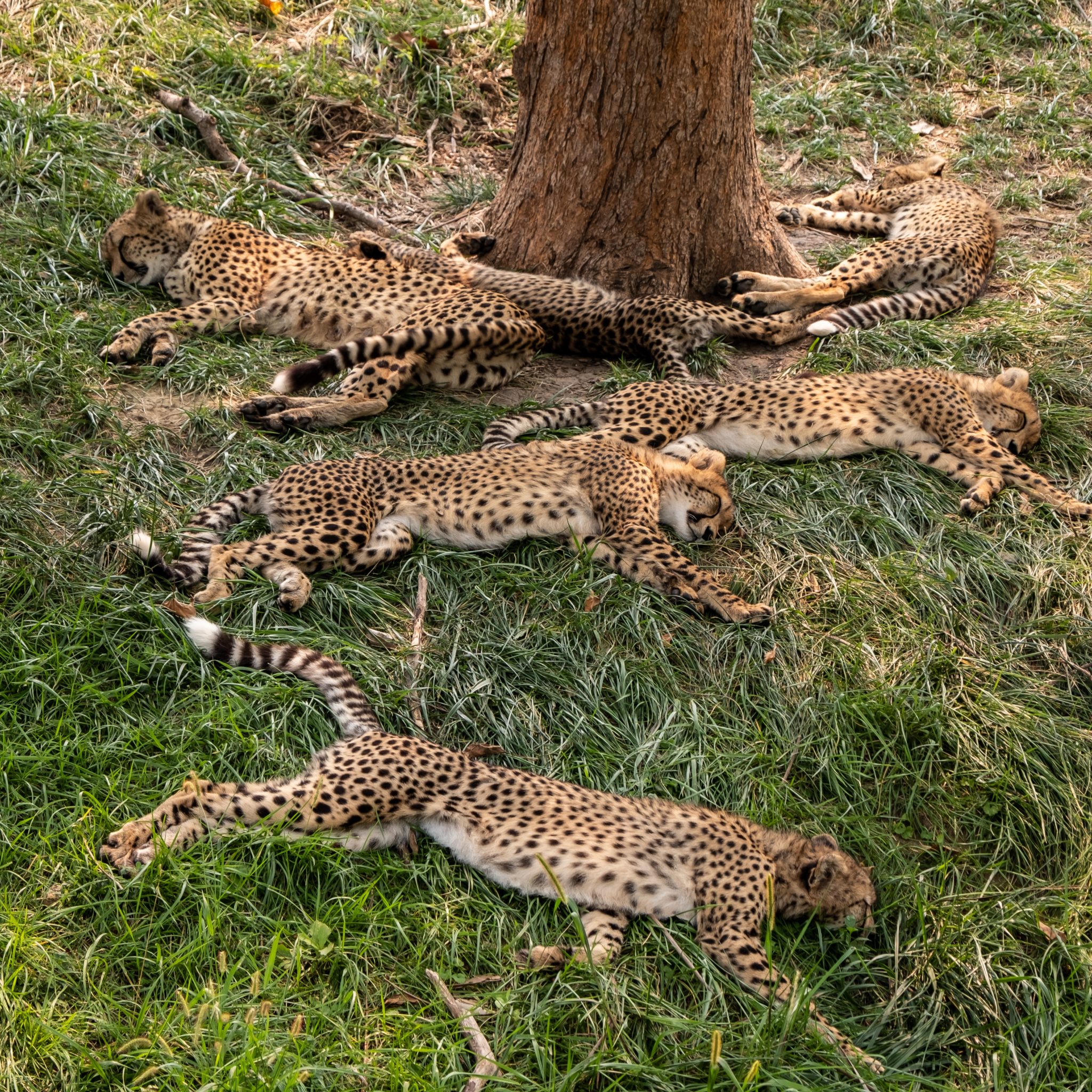 How Much Sleep Is Enough—For the Elephant?

Sleep schedules also greatly vary from animal to animal. Siegel proposes that these differences are based on the brain metabolism rate of the animal. Smaller animals, who often have higher rates of brain metabolism, tend to require more sleep, while larger animals generally get less sleep.

All the animals that sleep less than four hours on average are large land mammals, such as the elephant, cow, and giraffe. Land-grazing animals also use so much time eating, they don’t have much time left for sleep.

Horses stand 98% of the time, making it difficult to find a time to obtain REM sleep.

Other experts, like Morrison, believe sleep schedules are often set based on the danger each animal faces. Some birds sleep with one eye open, with the open eye keeping track of potential predators in its midst. REM sleep is deliberately short in birds, lasting only seconds, so they can reduce the risk of being attacked when they are stationary.

“Birds primarily sleep from an anti-predator point of view. Birds do sleep in vulnerable areas. If birds had a lot of REM sleep, they’d be putting themselves in danger,” says Charles Amlaner, Jr., PhD, Director of Animal Research at Indiana State University. Dr. Amlaner also notes that birds exposed on the edge of a group are much more likely to keep one eye open when sleeping than birds protected by the flock.

Mammals also factor danger in their sleep patterns. To avoid predators, the African Papio papio baboon sleeps on its heels at the tops of trees in an awkward position that makes it difficult to get a sound sleep.

Other animals prefer safer spots so they can get more sleep. Marine mammals have unique sleep habits. When most species of marine mammals are asleep, there is always one hemisphere of their brain that is awake. This allows dolphins, for example, to swim and surface to breathe when they are sleeping. They enjoy the benefits of sleep but still perform many of the same processes done when awake. Experts believe that understanding marine mammals’ sleep is a key to understanding sleep in humans. “What are the functions that the dolphin needs to do to become well-rested?” asks Siegel. “That’s the mystery.”

For many years, scientists struggled to identify the brain abnormality in humans that causes narcolepsy. Little did they know that the dog would become invaluable in helping treat the disease. Major advances in treating narcolepsy were made in the 1970s, when William Dement, MD, PhD, of the Stanford University Sleep Research Center learned that certain dogs displayed similar symptoms of narcolepsy as manifested in humans: sudden collapse and muscle weakness leading to near-paralysis.

These initial observations led to the identification over 20 years later of the narcolepsy-causing gene in dogs, hypocretin receptor 2, by Emmanuel Mignot, MD, PhD, at Stanford University. Further studies by Siegel and Mignot showed that humans who suffer from narcolepsy had a severely reduced amount of the narcolepsy-preventing chemical hypocretin in their brains. Siegel also discovered that injecting hypocretin in dogs reduces the degree of some symptoms. These findings suggest that it may be possible to design drugs that replace the missing hypocretin molecules in patients with the disorder. “You are happy when you make a discovery, but you are really, really happy when you make a discovery with therapeutic possibilities,” says Mignot.

Studying animals’ sleep patterns and sleep habits carries the potential to benefit other brain disorders in humans. Unihemispheral sleep in birds and dolphins—where one side of the brain remains awake in sleep—may provide new clues into the human brain. According to Amlaner, the bird’s sleeping brain could be used in the future as the model to help treat debilitating brain illnesses in humans.

This article was published in the Winter 2003, Volume 5, Issue 1 of sleepmatters.