Can Insomnia Medication Impair Your Driving? 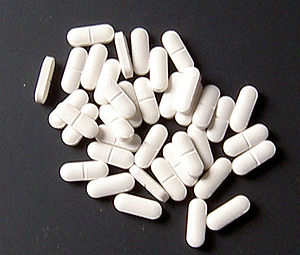 Earlier this week, the Food and Drug Administration (FDA) put out a consumer alert warning those who take these medications that the drug’s effects may last longer than expected.   Additionally, the FDA has contacted the manufacturers of all sleep medication that contains Zolpidem to inform them that the recommended dose for these products needs to be lowered.  Further evaluation of how these medications affect people over a longer period of time are ongoing.

This alert is a result of FDA findings that the effects of taking the medication at night may last well into the next morning.  For those who take the drug to help them sleep, this means they may not be alert enough to drive, operate, machinery, or perform other activities long after they wake up.   The initial concern centered on the extended-release formula which stays in the body longer than the fast-acting version of the medication.  However, the FDA has found that some medications like Ambien that contain the immediate-release form of the drug can also cause morning-after impairment.

This FDA alert follows a study published in the British Journal of Clinical Pharmacology last September that looked at the relationship between people who have been in car accidents and the use of certain psychotropic drugs, including the Z-drugs used to treat insomnia.  The research team looked at a group of more than 36,000 people, 5,200 of whom had been involved in a major car accident.  The team found that the people in the major accident group were more likely to have taken one of these psychotropic drugs than those participants that had not been in a major accident.

Previous research had identified an increased risk for car accidents in people who were taking psychotropic drugs called benzodiazepines.  This new study expands that risk to include the Z-drugs used to treat insomnia.  Researchers point to the effect that psychotropic drugs have on how the brain functions to explain the increase in risk.  These changes can affect and impair the ability to do things like control a moving vehicle.  This may explain why the FDA finding indicates that even those insomniacs who are wide awake and alert can be too impaired to drive the morning after taking this medication.

In order to safeguard those people taking medication that contain Zolpidem and reduce the risk of impaired activity, the FDA is recommending the following doses.

Additional evaluation into the next-day effects of other types of insomnia medication is being conducted by the FDA.