Can Treating Insomnia Help with Depression?

It is a well-known fact that insomnia and depression often go hand-in-hand. The relationship between troubled sleep and depressive illness is a complex one, to say the least. For some patients, depression may cause sleep problems, and in others sleep problems may cause depression. According to WebMD, only 15 percent of people with depression sleep too much, but as many as 80 percent have trouble falling asleep or staying asleep. They continue to state that patients with persistent insomnia are more than three times more likely to develop depression. 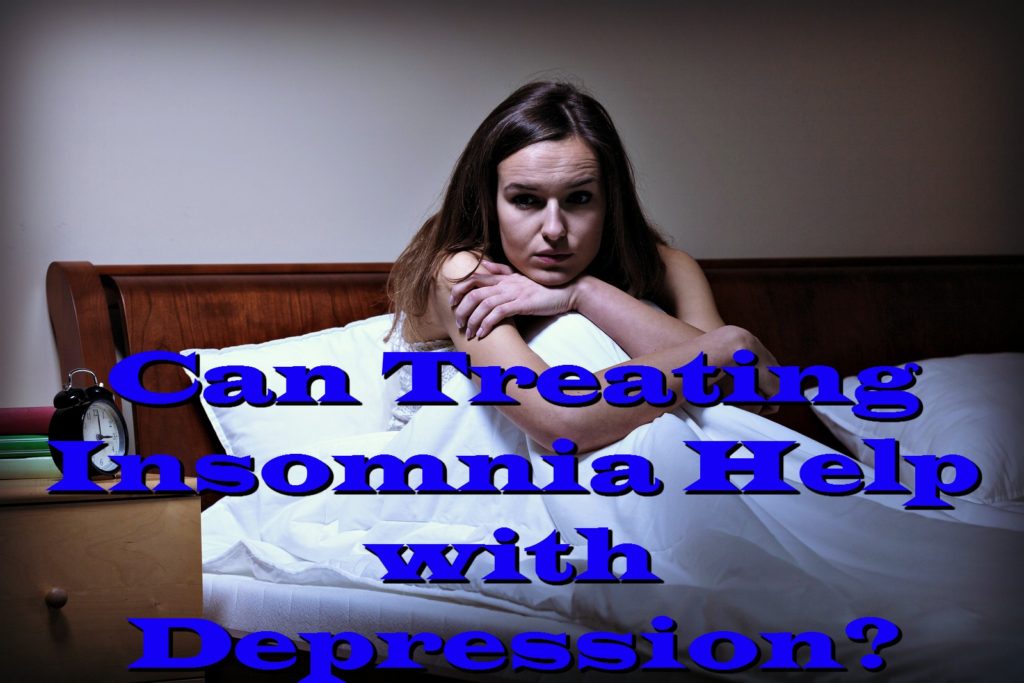 For many years, insomnia was seen as a symptom of depression. Michael L. Perlis, MD, an associate professor of psychiatry and director of the Behavioral Sleep Medicine Program at the University of Pennsylvania says that originally doctors thinking was to, “treat the underlying depression and sleep problems would go away.” In more recent years, doctors are gaining new perspective. Perlis goes on to state that, “What we’ve come to understand is that insomnia and depression are two distinct but overlapping disorders.”

In an article posted by the New York Times, the lead doctor, Dr. Colleen E. Carney, C.Psych., on a report from a team at Ryerson University in Toronto, is quoted as stating that their study “found that 87 percent of patients who resolved their insomnia in four biweekly talk therapy sessions also saw their depression symptoms dissolve after eight weeks of treatment, either with an antidepressant drug or a placebo pill – almost twice the rate of those who could not eliminate their insomnia.” Dr. Carney’s data suggests that adding insomnia therapy to an antidepressant will have a big impact on the depression cure rate. The type of therapy that is being used is called cognitive behavior therapy for insomnia, CBT-I for short.

During CBT-I, a therapist teaches the patient how to establish a regular wake time (and how to stick to it); to get out of bed during waking periods; to avoid eating, watching TV, reading and other such activities in bed; and to eliminate daytime napping. The goal is to keep time in bed for sleeping only.  Dr. Carney says CBT-I aims to “curb this idea that sleeping requires effort, that it’s something you have to fix. That’s when people get in trouble, when they begin to think they have to do something to get to sleep.” The best part of CTB-I is that it is affordable, fairly brief, and generally very effective. However, the downside is that it is not yet a part of standard depression treatment.

Larger studies need to be done to help confirm the results of smaller studies like Dr. Carney’s. But, in the meantime, if you are one of the 18 million Americans suffering from depression, it may be beneficial to ask your doctor about this promising – and non-invasive – treatment.

*If you have trouble sleeping, for periods of several months or more, then you could be battling a sleep disorder, like insomnia. Sleep disorders can be managed with treatment, therapy, and/or medication once diagnosed, which is done through a sleep study. Consulting the sleep experts at Valley Sleep Center can help you treat your sleep issues and get the rest you need.