Catathrenia: You’ve Been Groaning in Your Sleep 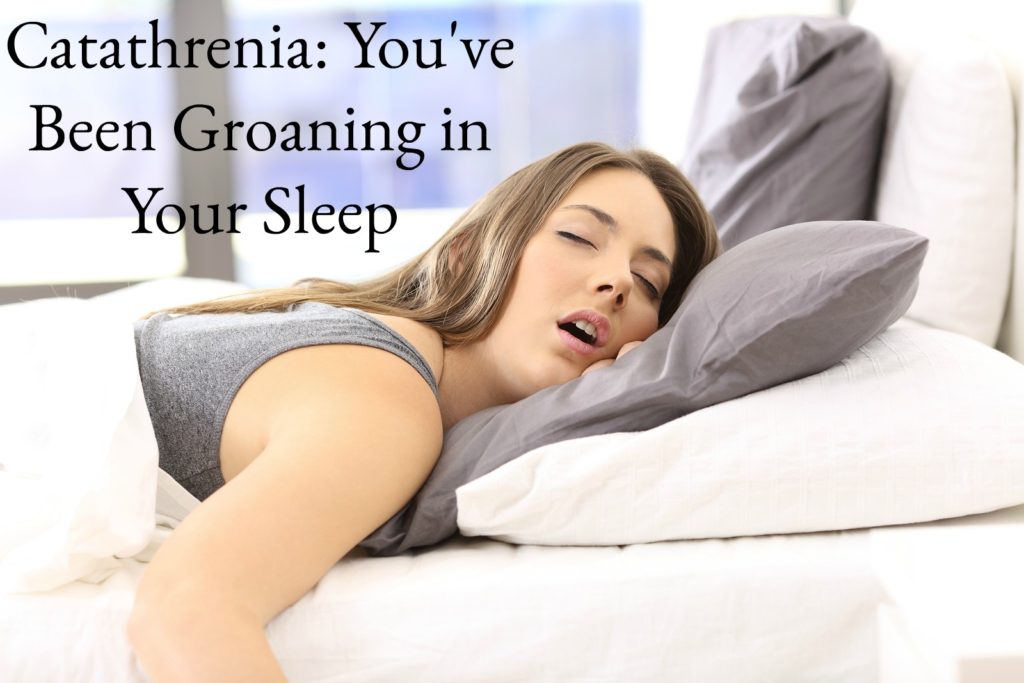 Are you keeping your partner up at night because you have been making odd groaning sounds while you sleep? If so, you may have a sleep disorder known as catathrenia.

Catathrenia is described as “groaning sounds emitted during expiration of breathing.” This groaning usually occurs in the REM stages of sleep and often follows periods of bradypnea breathing. Bradypnea breathing is characterized by slow breathing of long, deep breaths. The aforementioned study stated that “all patients with catathrenia had nearly identical symptoms of deep inspiration without sound production followed by prolonged expiration with groaning, usually lasting from at least two to 20 seconds.” The study also found that the groaning interchanged with normal breathing throughout the night, and even during the same sleep cycle.

Is Catathrenia Harmful to Sleep?

Catathrenia differs from snoring as it occurs during expiration instead of during inhalation. The groaning noises may be just as irritating to one’s bed partner as snoring, however, unlike snoring it is not related to serious medical conditions. You will not experience a drop in blood oxygen saturation, which is a common side effect in sleep apnea.

People who have catathrenia will rarely experience fragmented sleep or feel excessively tired during the day. Most people who have catathrenia get plenty of normal sleep at night and will wake feeling rested. However, their partner may not! When a bed partner has their sleep disrupted on a regular basis, they can wind up suffering from sleep deprivation and find that they are tired throughout the day.

If your bed partner is having trouble getting the night’s sleep they need on a regular basis, you may want to consider getting treatment for your catathrenia.

Medical treatments for catathrenia include:

Your bed partner can also use these methods for making the noises less noticeable:

If for any reason someone’s sleep is being disturbed, it is very important to have the problem looked into. If your bed partner is losing sleep regularly because of the sounds or movements you make, they run the risk of developing a sleep disorder.  If you suffer from catathrenia, you are safe, but it may be causing sleep trouble for your partner. Should this be the case, contact the Valley Sleep Center at 480.830.3900 and schedule a sleep consultation at one of our five convenient Valley locations today.