Chronic Fatigue Syndrome Day is May 12 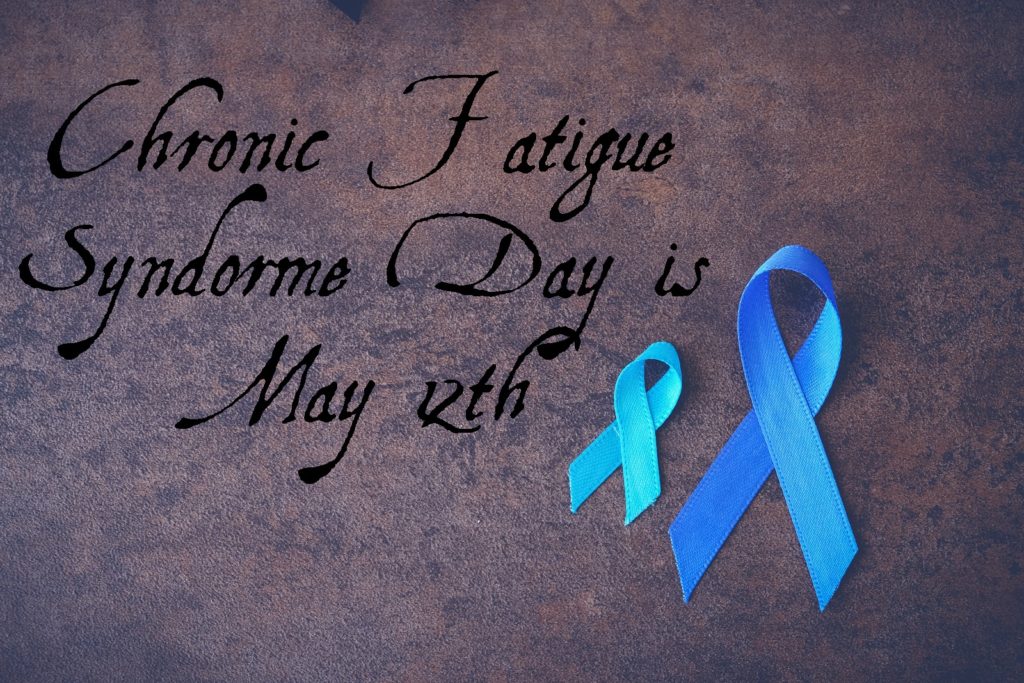 Over 20 million individuals worldwide are afflicted by these chronic illnesses. Once diagnosed, one is often ill for years and as many as 70 percent are disabled for life. The illnesses listed share many of the same symptoms and generally occur together. Symptoms include disrupted sleep, chronic fatigue, cognitive impairment, short term memory loss, muscle pain, joint pain, headaches, and dizziness. These illnesses affect men, women, and children of all backgrounds and presently the cause is unknown.

These illnesses affect a great number of people, yet they are still often given little attention by many medical professionals. With little government funding for research on these “hidden disabilities” and a large number of doctors that still harbor the belief that these illnesses are in fact psychological disorders, these syndromes are often overlooked or misdiagnosed. Because of their symptoms, they are sometimes initially thought to be other conditions such as depression, rheumatoid arthritis, lupus, or other autoimmune diseases.

The general population will often snub these illnesses, attributing them to extreme forms of laziness and depression. In reality, they are caused by insufficient energy production, weak immune systems, hormonal imbalance, and detoxification problems. Unfortunately, regardless of how many medical test abnormalities patients with these illnesses display, they have a hard time getting approval for workplace disability. Insurance companies frequently deny benefits or coverage, forcing many doctors who recognize the disease to diagnose it as something else.

In honor of those afflicted with these illnesses, we hope you will join in and help raise awareness on May 12th.  Here is a small list of some things that you can do:

If you frequently have issues falling asleep or staying asleep that impact your life over longer periods of time, consult a doctor or specialist for help and guidance in getting your best rest. Call 480-830-3900 to schedule a consultation at one of our five convenient Valley Sleep Center locations today.