In an effort to save lives and reduce crashes, the National Sleep Foundation has declared November 6 – 13, 2016 Drowsy Driving Prevention Week®. 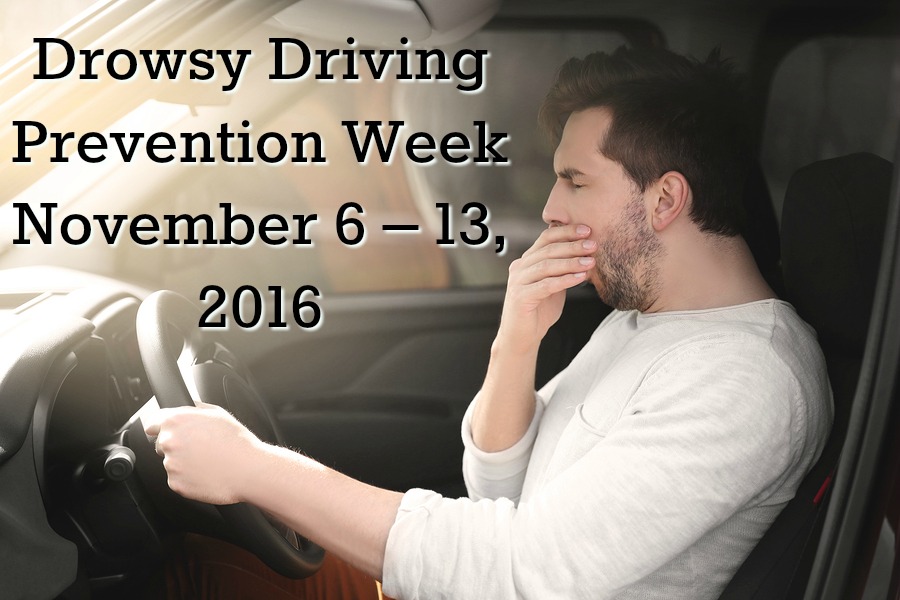 The National Sleep Foundation states that more than half of American adult drivers have admitted to driving drowsy, and almost one in five admit to having fallen asleep behind the wheel. The 2014 National Highway Traffic Safety Administration (NHTSA) documented 416,000 crashes resulting from drowsy driving between 2005 and 2009. These accidents resulted in over 184,000 injuries and 5,000 fatalities.

According to NHTSA’s National Motor Vehicle Crash Causation Study (NMVCCS), drowsy drivers involved in a crash are twice as likely to make performance errors as compared to drivers who are not tired. When a person drives while tired their reaction time, judgment, alertness, attention, and decision-making are all compromised which leads to a greater chance of crashing. In some cases, a drowsy driver will fall asleep at the wheel.

The National Sleep Foundation’s DrivingDrowsy.org webpage states that although anyone who drives is at risk of falling asleep at the wheel, some groups of people are more at risk than others:

Though some are more vulnerable to falling asleep and crashing while driving, everyone has the potential to cause a fatigue related accident. Your risks increase when you are:

Common signs that you are too drowsy to drive include:

*If you notice that you are feeling any of the above signs of fatigue, stop driving– pull off at the nearest exit or rest area, or find a place to sleep for the night.

The best way for you to avoid a fatigue related car accident is to get a good night’s rest on a regular basis, practice good sleep hygiene, and to seek treatment if you are having problems sleeping at night or are not feeling rested during the day.