Five sleep pattern clusters: Which one are you?

Do you ever look at the people around you – in the office, in the car next to you at the stop light, in front of you at the coffee shop – and wonder “what kind of sleep did they get last night?” Or scan a movie theater before the lights dim and ask yourself “what time did those people go to bed last night”? We don’t imagine that you do, but what if you did know a little about the sleep habits of those around you? Do you know if you learned their sleep habits, you could glean even a little more about them and their personalities?

Using data derived from the answers to poll questions, the National Sleep Foundation found five clusters or “sleep personality” types. The commonalities are based on sleep habits and more than 40 other factors including age, marital status, gender, employment status, diagnosed medical conditions, how often they feel tired/fatigued/not up to par, and the amount of caffeinated beverages consumed daily.

See which one (or combination) you may be able to identify with. The segment profiles for the 2005 Sleep in America poll finds two groups of “good sleepers” comprising a little less than half of those polled; they are called Healthy, Lively Larks and Sleep Savvy Seniors. Three groups comprising 52% of the respondents have sleep characteristics that are not positive; they are Dragging Duos, Overworked, Overweight and Over caffeinated and finally, Sleepless and Missin’ the Kissin’. 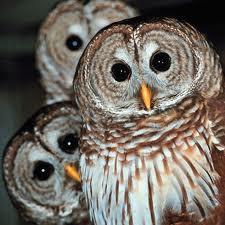 Those who fall under this category are the model citizens of sleep.  Healthy, Lively Larks are not likely to be affected by sleep problems. You almost always get the sleep you need and you almost never feel tired or fatigued. You are younger than the other groups, often married or partnered and working full time. You consider yourself a morning person who is not diagnosed with a medical condition.

Sleep Savvy Seniors are the most mature of the five groups (average age 60), about half are 65 or older. As a sleep savvy senior, you get the most sleep of any group, averaging 7.3 hours/night compared to 6.8 overall. You can say you get a good night’s sleep on most nights, often take two or more naps during the week, and never/rarely feel tired/fatigued. Although many Sleep Savvy Seniors have been diagnosed with at least one medical condition, you do not feel you have a sleep problem, and you are less likely than other groups to be at risk for any sleep disorder. People in this group are the most likely to be retired (51%) and, least likely to be employed (30%); two-thirds are female.

Dragging Duos are most likely to be partnered and employed, working more than 40 hours a week, and often doing job-related work within an hour of going to bed. As an early riser, you are nearly twice as likely as the other groups to get less sleep than you need to function at your best. More than one-third of Dragging Duos say they feel tired/fatigued at least three days each week. They also often report  their partner has at least one symptom of insomnia. Sleep disorders have caused some problems in the  relationship, including your intimate relationship, which has been affected because of sleepiness.

Overworked, Overweight and Over caffeinated

As an evening person or “owl” who is employed, you have the longest work week of all the groups, and you are least likely to work regular day shifts. You sleep less than other groups but nap more, with two-thirds taking two or more naps each week. You feel like you need fewer hours of sleep each night to function at your best compared to the other groups and you believe you get as much or more sleep than you need. Members of this group drink more caffeine than other groups. Seven in 10 frequently experience a symptom of insomnia. Your group has a higher representation of males, about one-half of the group isn’t partnered and the same amount would be classified as “obese.”

Sleepless and Missin’ the Kissin’

This group has the largest proportion of “owls” and people who think they have a sleep problem or a symptom of insomnia. You are the least likely to say you frequently get a good night’s sleep. Nearly one-half of your group feels they are getting less sleep than they need, and the same number says they usually feel tired/fatigued. You are more likely than other groups to say you (or your partner’s) sleep disorders have caused significant or moderate problems with your relationship, and 2 out of 5 say intimate relationships have been affected because of sleepiness. The majority of SAMTK’s has been diagnosed with a medical condition and you are more likely than other groups to use sleep aids. One-half of this group is employed, and there is a high representation of females.

What Can Be Done?

If you are reading this  and thinking, “I don’t want to be Sleepless and Missin’ the Kissin'” or “Overworked, Overweight and Over caffeinated,” you can get on the other side of the Great American Sleep Divide by deciding that you don’t want to let sleeplessness rule the rest of your life. Your sleep classification may be as open to change as adopting an exercise routine or a healthier diet. Some aspects may be harder to change, some may take assistance and others require help from a partner. The important thing is to size up your sleep situation and how it might be affecting key aspects of your life such as your health, your relationships, your productivity and success at work, even your ability to stay alert when driving a car.

Tips and information courtesy of The National Sleep Foundation.

For more information contact Lauri Leadley at 480-830-3900 or visit: https://valleysleepcenter.com.