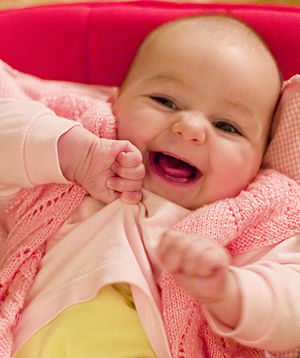 There are few things as tragic as the loss of an infant to Sudden Infant Death Syndrome (SIDS).  In the last 20 years, we as a country have made great strides in preventing many SIDS deaths simply by changing the way we allow our infants to sleep, on their backs.  The “Back-to-Sleep” campaign, which was conducted by the National Institute of Child Health and Development sought to inform new parents and other caregivers that the safest sleep position for babies up to a year old was on their backs.  A new study recently published in Pediatrics sought to determine how effective that campaign was at changing parents’ behavior to prevent SIDS deaths.

The results of the study, called Risk Factor Changes for Sudden Infant Death Syndrome After Initiation of Back-to-Sleep Campaign, are promising.  The number of SIDS deaths in the U.S. dropped by 50% over the 10 year period following the start of the campaign in 1994.  Using medical records for infants who died of SIDS over a 17-year period within a single county, the research team was able to quantify the success of the campaign at preventing SIDS deaths.  While the drop in deaths per year was significant, researchers did note that even after the campaign, more than 30% of parents and caregivers were not heeding the Back-to-Sleep campaigns advice about sleep position.  Additionally, even with the 50% drop, there are still more than 2,500 SIDS deaths each year in this country.

As a result of the study, medical professionals are urging parents and caregivers to take a more holistic view of SIDS prevention, rather than focusing on a single risk factor.  This is due in part to the increase in participation in other high risk behaviors found during the course of the study.   Even with success of the initial campaign, the study found that 30% of parents continued to put babies down to sleep on their stomachs.  Additionally, the number of babies that died of SIDS while sharing a bed with their parents jumped 10% over the timescale of the study.  There was a decrease in the number of babies who died of SIDS that were exposed to maternal smoking before birth, down from 42% to 39%, but that number still remains high for such a preventable risk factor.

The team also found that only 1% of the infants included in the study did not have any risk factors for SIDS.  The majority of infants had 1 risk factor, 57% of them had more than one.   This points to the need for more education and better prevention since babies born with the right genetic makeup are more susceptible to SIDS.  Taking prevention seriously is the best way to safeguard their health.

According to the National Sleep Foundation, there are 9 primary risk factors for SIDS that if avoided, can decrease the risk of SIDS.  They are: