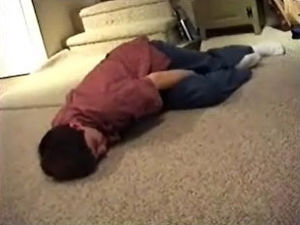 Most people know that narcolepsy is a sleep disorder that causes people to fall asleep at unusual times.  Although this condition is generally used for the comedic value with someone suddenly falling asleep while eating and winding up with their face in a bowl of soup, for those people with the condition, it is no laughing matter.  According to the American Sleep Association, as many as 200,000 Americans may have narcolepsy, although only about a quarter have been diagnosed.  Diagnosis rates are so low because the symptoms do not always present in such a way that people seek medical treatment.

Narcolepsy is a neurological disorder that affects regulation of the sleep-wake cycle causing excessive sleepiness, frequent sleep attacks, cataplexy, hypnagogic hallucinations, and sleep paralysis.  Also categorized as a sleep disorder, narcolepsy can make it difficult to function because the sudden onset of sleep attacks can make everyday activities like working or driving dangerous.

Narcolepsy affects the brain’s ability to control the timing of sleep.  Those with the condition do not experience the same predictable sleep patterns as others.  People with narcolepsy jump directly to REM sleep when they fall asleep and they can experience short periods of involuntary REM sleep during waking hours.  These episodes are referred to as sleep attacks and are responsible for the perception that people with narcolepsy fall asleep while eating their soup.

To date, no definitive cause of narcolepsy has been identified.  Research is being conducted by various groups including the National Institute of Neurological Disorders and Stroke into several possible contributing factors.   As some people with narcolepsy have lower than normal amounts of a protein called hypocretin, researchers are looking into what causes the deficiency and how it relates to the disorder.  Researchers are also looking at the possibility that narcolepsy is an autoimmune disease.  Narcolepsy also tends to run in families and genetic research may provide additional information into cause and options for treatment.

What are the Symptoms of Narcolepsy?

Although symptoms generally appear in adolescence, many people with the disorder won’t be diagnosed or treated for 10-15 years after the onset of symptoms.  There are four primary symptoms:

How is it Diagnosed?

Narcolepsy is diagnosed through a series of tests including a physical exam, blood work, an ECG, an EKG, a polysomnogram, and a multiple sleep latency test.

How is it Treated?

There is no cure for narcolepsy but most people with the disorder can live near-normal lives with the use of medication and behavioral therapy.  Often treatment for narcolepsy includes scheduled naps throughout the day and maintaining a regular sleep, exercise, and meal schedule.