Sleeping In on Sunday May Decrease Diabetes Risk 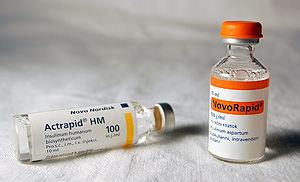 According to the National Sleep Foundation, one of the tenets of good sleep hygiene is going to bed and getting up at the same time every day, even on weekends.  But for those who are sleep deprived that also have an increased risk for diabetes, the preliminary results of a new study show that may not always be the case.

Previous research has established a link between sleep deprivation and the body’s ability to effectively utilize insulin in both the short and the long term.  Over time, sleep deprivation can contribute to insulin resistance.   This is one reason that not getting enough sleep can increase your risk for developing diabetes.  This study set out to see if the opposite was also true, if catching up on missed sleep could improve insulin sensitivity and the body’s ability to utilize it effectively.

The study was conducted by a team of researchers at the University of Sydney and the results were presented at a recent annual meeting of The Endocrine Society, however, it has not yet been published or peer reviewed.  The study involved 19 male participants, none of whom had diabetes.  The average age of the group was 28 and all participants reported that they had routinely gotten less sleep than they needed for a period of at least 6 months.  All the participants also used weekends to catch up on their sleep, getting an average of 2.3 hours more sleep on those nights than they did during the work week.

The study involved all participants spending several nights in a sleep lab where the amount and quality of sleep they got was controlled and blood tests were conducted to gauge the effect of different sleep scenarios on insulin sensitivity.  Some participants were allowed to sleep for 10 hours, replicating the amount of sleep they get when they catch up on the weekend.  Other participants were only allowed to sleep for 6 hours, which was the average amount of sleep all participants reported getting during normal work week nights.  The remaining participants were allowed to be in bed for 10 hours but the team used sounds and other techniques to disrupt their sleep over the course of that period.  Blood tests were taken after the three nights to determine if there was any effect on insulin sensitivity.

The preliminary results indicate that getting the extra hours of sleep may help restore insulin sensitivity thereby reducing the risk of developing diabetes.  The men who were allowed to sleep for 10 hours had better insulin sensitivity after these nights of catch up sleep than they did when they were deprived of sleep.   When you consider other findings that link lack of sleep, even just for a single night, with increased insulin resistance, these findings, although preliminary, support the idea that getting enough sleep is crucial to preventing type II diabetes.

However, even if playing catch-up on the weekends helps decrease your risk of developing diabetes, it does come with other consequences.  According to the National Sleep Foundation, an inconsistent sleep routine, where you sleep less during the week and more on the weekends, can actually make sleeping more difficult and degrade the quality of your sleep.