What is ASMR and Can It Help You Sleep?

Have you heard of a relatively new relaxation video craze that has taken YouTube by storm? It is called ASMR, or autonomous sensory meridian response, and in the last decade, it has become extremely popular. 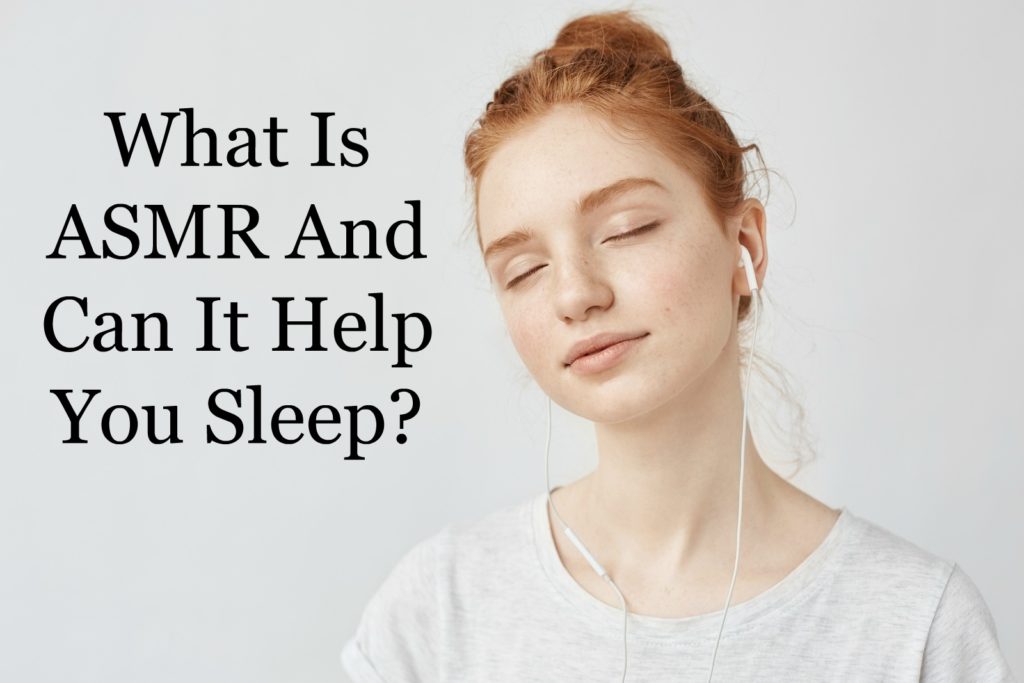 ASMR is described as a series of high definition sounds and subtle movements (like whispering voices and the mimicking of stroking a person’s face) that stimulates a sort of “tingling” sensation in the viewer. In most cases, the tingling sensation begins in the head and neck and may move throughout the listener’s body, often in waves or pulses. ASMR has not been studied by scientists for very long, and there is a lot that they do not understand about this tingling phenomenon. Currently, it is still debated amongst experts as to whether or not ASMR can be a useful tool in helping patients who suffer conditions such as anxiety, depression, and insomnia.

What Triggers the ASMR Response?

Not everyone responds to ASMR, and those who do, do not all respond the same. What triggers one person may do nothing for another. Some people will need a combination of triggers, while others may be more sensitive to just one. The ASMR pleasure sensation usually occurs when a person is exposed to certain sights, sounds, smells, or textures. Examples of such things include:

Can ASMR Help You Sleep?

In the world of science, ASMR is still relatively new. The Swansea University in Wales published the first peer-reviewed research study on ASMR in 2015. Four-hundred and seventy-five people who reported experiencing ASMR related “tingles” were surveyed during the study. It was reported that 82 percent of these participants would watch ASMR videos on YouTube for the purpose of helping them sleep, and 70 percent used ASMR to deal with stress. It was reported that most of these viewers, even those who scored high on a depression survey, felt better after having watched these videos, and the effects lasted for quite some time. Subjects that suffer from chronic pain claimed that watching the ASMR videos helped to decrease their symptoms.

Because everyone experiences ASMR differently, scientists are still unclear as to why it happens or if it can successfully help treat conditions such as anxiety, depression, or insomnia. However,“tingleheads,” a name given to ASMR enthusiasts, insist that this technique is extremely relaxing and does induce sleep.

Everyone who experiences ASMR responds differently to each kind of trigger. If you feel like trying ASMR to help you relax, you may have to look around for ASMRtists -a name given to the people who create ASMR videos- that work for you. Popular ASMR YouTube channels include (but are not limited to):

If you find ASMR relaxing and it helps you to sleep better on those periodic sleepless nights, then, by all means, use it! However, if you find that you are relying on ASMR too often, and you struggle to get the quality sleep you need, you may be suffering from a sleep disorder. Call the Valley Sleep Center at 480.830.3900 today and set up your sleep consultation at one of our five Valley locations today.