9 Facts About Narcolepsy That May Surprise You

9 Facts About Narcolepsy That May Surprise You

When you think about Narcolepsy, the first imagery that probably comes to your mind is that of a person who falls asleep suddenly, regardless of where they are at the time. This association is very common, and is likely linked to how Narcolepsy is portrayed on television and in movies. Because the condition is rare, most individuals only have a limited understanding what this condition is, and how it impacts the people who live with this condition. 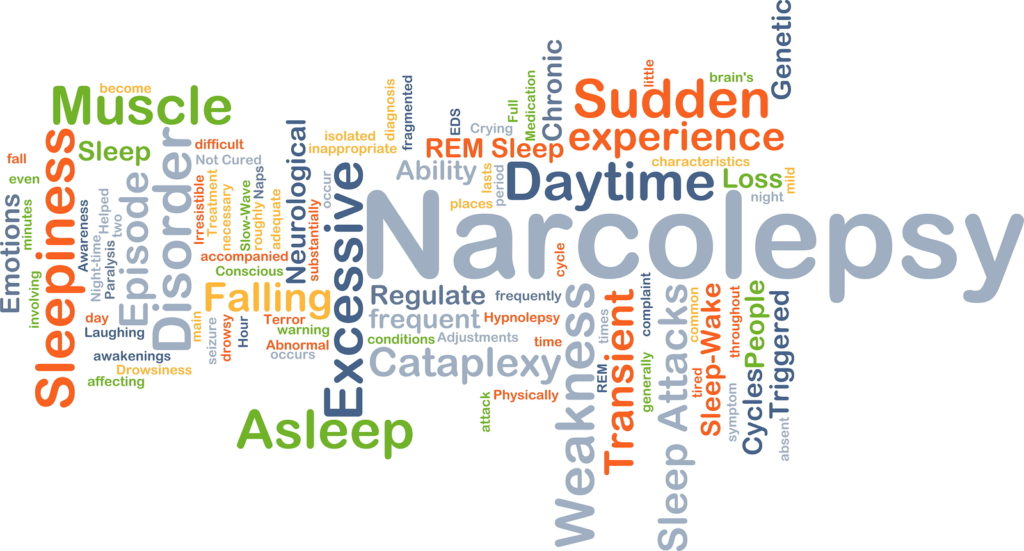 Narcolepsy is a very rare disorder that is much more complex than its mainstream perceptions. According to the National Sleep Foundation, Narcolepsy is a neurological disorder that is caused by the brain’s inability to properly regulate and maintain natural sleep patterns. In a normal sleep cycle, REM sleep, which is the dream phase of your sleep, takes about 90 minutes of sleeping to begin. However, Narcolepsy creates an interruption in the natural waking and sleeping cycles, and causes those with the condition to experience REM sleep at the very beginning of their sleep cycle, and also causes random durations of REM sleep suddenly, at any time of the day or night.

Here are 9 facts about Narcolepsy that may very well surprise you, and change how you think about this disorder:

1. Narcolepsy is a relatively rare neurological disorder.
According to the Narcolepsy Network, this rare disorder affects about one in every 2,000 Americans. This means about 200,000 people in the U.S. suffer from Narcolepsy, and three million people worldwide live with this condition.
2. There are two types of Narcolepsy
There are two known types of Narcolepsy, Type 1 and Type 2. Type 1 Narcolepsy, among other symptoms such as fatigue, excessive daytime sleepiness, and sleep attacks is accompanied by cataplexy. Cataplexy is a sudden loss of muscle tone typically triggered as a strong emotional response. Type 2 Narcoleptics do not experience cataplexy.
3. Narcolepsy is frequently misdiagnosed, and often goes untreated.
Because the symptoms of Narcolepsy can also indicate other sleep disorders, this condition often goes undiagnosed, or misdiagnosed for many people.
4. Narcolepsy stems from the brain, and occurs due to the loss of a specific chemical.
The Narcolepsy Network asserts that Narcolepsy is a result of a loss or deficiency of hypocretins in the brain. These neurotransmitters are involved in controlling sleep cycles, and also monitor other vitals such as blood pressure and metabolism.
5. There is a scientifically identified Narcolepsy gene.
While the exact causes of Narcolepsy are not yet known, scientists have identified a gene responsible for this condition. According to The National Institute of Neurological Disorders and Stroke, 10 percent of people who are diagnosed with Narcolepsy also have a relative with the condition.
6. Humans are not the only species who experience Narcolepsy.
According to the National Center for Biotechnology Information, canines and rodents also experience Narcolepsy.
7. People with Narcolepsy are more likely to get into car accidents.
Narcolepsy causes sudden sleep attacks, which can be very dangerous while driving. Narcolepsy Today cites that Narcoleptics experience 10 times more traffic accidents than people who do not suffer from the disorder.
8. Narcolepsy symptoms typically present in people ages 10-40.
Narcolepsy can occur at any age, and tends to get more severe as a person ages. However, most people who are diagnosed with the condition begin experiencing symptoms between the ages of 10 and 40.
9. Narcolepsy is treatable.
Narcolepsy is diagnosed through a thorough sleep study done by a sleep expert. During this study, a patient’s sleep cycle and REM patterns will be examined, and they’ll be observed for other symptoms as well. While there is no known cure, Narcolepsy is treatable through lifestyle changes and sleep management.

If you have been experiencing symptoms such fatigue, daytime sleepiness, hallucinations, or sleep attacks, then it is very likely you might have Narcolepsy or another sleep disorder. A sleep expert can help you properly diagnose your condition, and help you get the rest you need to live a full, productive life.