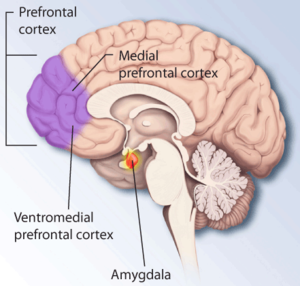 Since the first human woke from a dream and asked what it meant, science has tried to find an answer to that question.  Despite significant advances in sleep research and a constantly evolving understanding of the role sleep and dreams play in our health and wellbeing, researchers haven’t been able to conclusively determine why we dream, until now.  A new study from the University of California, Berkeley, has determined that dreams help us sort through painful events and deal with traumatic memories.

The study was originally envisioned by lead author Matthew Walker, an associate professor of psychology and neuroscience at UC Berkeley.  After hearing that one of the medicines used to treat high blood pressure seemed to prevent recurring nightmares in veterans with PTSD, Walker wanted to understand the connection blood pressure had with why we dream.  He determined that one effect of the blood pressure medication was to suppress norepinephrine, one of the brain chemicals related to stress.  This convinced him that there must be a link between stress-free sleep and the elimination nightmares those suffering with PTSD may dream.  The intention of the study was to find that link.

The research team‘s theory centered on the idea that a dream is like therapy for our brains.  Being able to reprocess painful, traumatic events in the safe, calm environment of a dream allows us to experience those memories while awake without creating the same emotional response we experienced while the event was happening.  In people with PTSD, this mechanism doesn’t work properly and the brain never descends into the kind of calm, stress-free state required for the reprocessing to occur.  This leaves the emotional connection tightly tied to the memories, causing sufferers to dream recurring nightmares and flashbacks so common amongst those with PTSD.

To test their theory, the team organized a group of 35 healthy adults into two groups.  Each group was shown a series of 150 emotionally charged images at two separate showings.  The first group saw the images for the first time in the morning and then again about 12 hours later on the same day.  This group did not sleep between the two showings.  The second group was shown the images for the first time in the evening, sent to sleep for a full night, and then shown the images for the second time.  All participants were monitored by MRI while being shown the images and were asked to rate the intensity of their emotional reaction to each image.  Additionally, the second group’s brain activity during sleep was monitored by electroencephalogram.

In analyzing the results, the research team found that the second group experienced a significant reduction in their emotional response to the second showing of the images.  This finding supports the original theory that sleep diminishes the emotional connection to traumatic memories and helps explain why blood pressure medication can eliminate recurring nightmares those with PTSD dream.  By suppressing the production of stress chemicals in the brain, the blood pressure medication reproduced the calm, stress-free dream state people without PTSD experience, essentially repairing the broken mechanism that keeps those with PTSD from reprocessing traumatic events properly during REM sleep.

The findings open the door to new treatment options for veterans and others with PTSD and provide the first scientific explanation for why we dream.