Do you know your “sleep spindle” number?

In a recent study, released from the Harvard Medical School, Massachusetts General hospital and Brigham and Women’s Hospital discovered that “sleep spindles” could be the secret ingredient to a good night’s sleep. The research was published in Current Biology. 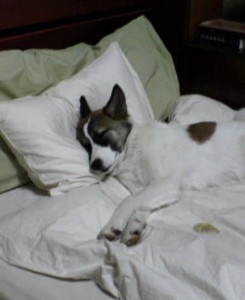 sleep affects the spindles’ activity. Spindle rhythms are believed to originate from the thalamus, a major brain sensory and motor relay region. “If a spindle occurs at the same time as a sound, then the sound is likely blocked from perception, keeping the person asleep. More spindles make it more likely that noises will collide with this sleep-protecting rhythm,” Jeffrey Ellenbogen, a neurologist and sleep specialist at Harvard Medical School and Massachusetts General Hospital in Boston, wrote in the study.

Twelve adults, aged 20-46, were studied by Ellenbogen and his team during three nights of sleep. The subjects’ spindle production was monitored using a process called electroencephalography (EEG). The researchers interrupted the volunteers’ sleep with a variety of common noises, such as ringing telephones and car horns. “The goal of this research agenda is to make the sleeping environment really a utopia, “Dr. Ellenbogen wrote.

Ellenbogen wrote that, “Little is known about what makes one person produce more spindles than another.”It is hoped that this research will be the beginning of a study that will help understand sleep spindle production and that could lead to the development of new sleep therapies.

For more information on sleep disorders and help with apnea and other issues, contact https://valleysleepcenter.com or call Lauri Leadley at (480) 830-3900.