How Sex Helps You Sleep: Spice Up Your Sleep Life With Sex 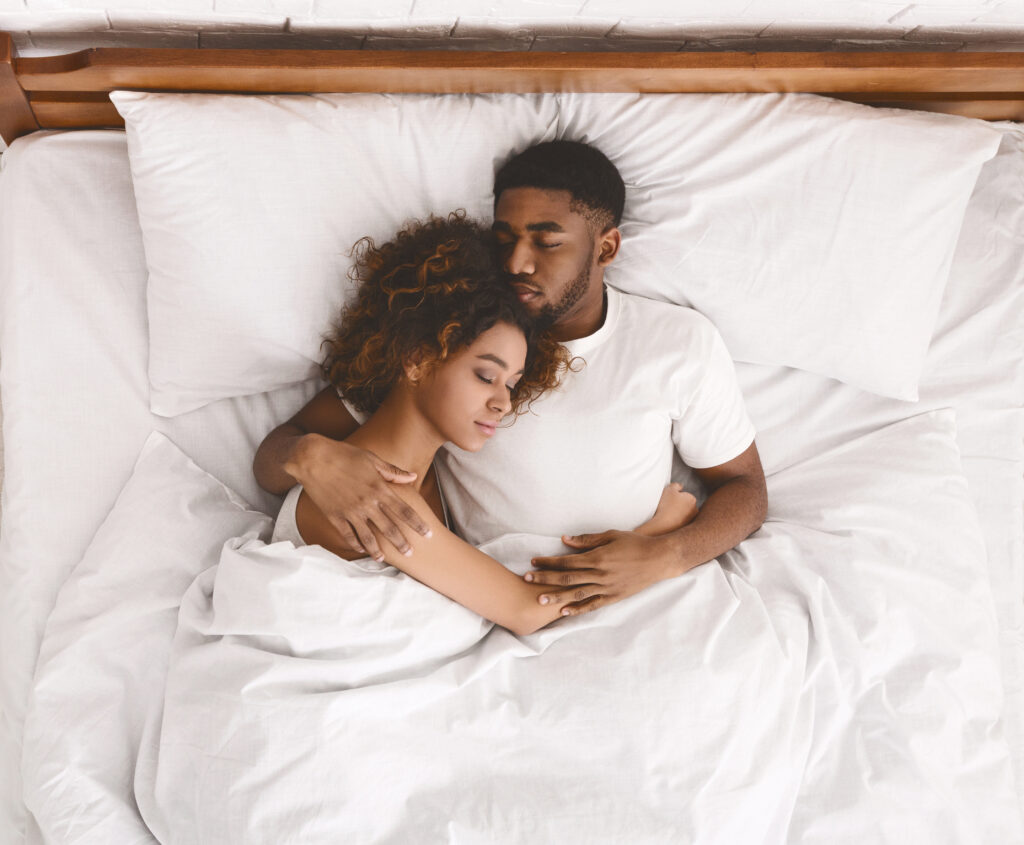 How Sex Helps You Sleep

The bedroom was designed for two things: sex and sleep. But unfortunately, most Americans aren’t quite getting enough of either. But, what if we told you sex helps you sleep? Or that falling asleep after sex could mean staying asleep through the night? Would you consider incorporating sex or self-pleasure into your nighttime routine?

According to Healthline, a 2017 study published in the Archives of Sexual Behavior suggested that people, whether single or married, were having less sex in the early 2010s than they were in the late 1990s — at a rate of nine fewer times per year, with millennials having the least amount of sex of all. However, researchers say it isn’t necessarily due to longer work hours or increased use of pornography. Instead, studies have shown that the leading cause of declines in mood, libido, and romantic motivation is simply a lack of quality sleep and few people getting the recommended seven to eight hours per night.

Research done at the University of Ottawa expands on this concept suggesting that lack of sleep throws your hormones out of whack, decreasing the ones crucial to supporting the male and female libido. Hormone disruptions often indicate sleep deprivation, which in turn negatively impacts mood and energy levels, resulting in reduced sexual desire.

Although there is no hard scientific evidence proving a direct correlation between sex and sleep, the claim that sex helps you sleep is supported by underlying scientific mechanics.

“Sleep Smarter” author Shawn Stevenson expanded on this topic in an interview with HuffPost.

“When you have an orgasm, you actually release a ‘cocktail’ of chemicals, including oxytocin, norepinephrine, vasopressin, prolactin, and serotonin, and all of these things are clinically proven to improve your sleep quality one way or another.”

The Connection Between Sex and Sleep

Oxytocin is most often referred to as the “love hormone” because it promotes bonding. It’s the hormone and neurotransmitter involved in childbirth and breastfeeding, as well as the one associated with empathy, trust, sexual activity, and relationship-building. This hormone counteracts the impact of cortisol on our body, which is the stress hormone. If your cortisol levels are elevated at night, physiologically, you are exhausted, but psychologically, you’ll likely feel wired and restless. Oxytocin is a great buffer, as orgasms lower cortisone levels and essentially relieve stress. Similarly, vasopressin is another compound released during orgasms that aids in reducing cortisol.

Among those prevalent chemicals is serotonin, another neurotransmitter released during sex, commonly known as the “feel-good” hormone. It’s the key chemical that stabilizes our mood, feelings of well-being, and overall happiness, impacting our entire body and enabling brain cells and other nervous system cells to communicate with one another. Serotonin also helps facilitate deep, non-REM sleep, whereas the hormone norepinephrine typically kicks in during REM sleep.

Norepinephrine, also known as noradrenaline, is a naturally occurring chemical in the body that acts as both a stress hormone and neurotransmitter. This hormone often helps regulate the body’s sleep and wake cycles and facilitate the efficacy of REM sleep. So, the constant ebb and flow of serotonin and norepinephrine play a large part in regulating our overall sleep cycles.

Having sex before sleep benefits you in more ways than one—stress reduction, increased energy, mood stabilizer, you name it. Not only is it clear that sex helps you sleep, but getting good sleep helps you have more sex. So, essentially, the two areas in which people seem to be lacking the most could both be resolved at once –– definitely, it’s the most fun and satisfying way to solve the problem of sleep. So hop into bed, get it on, and you’ll likely be snoozing away happily thereafter.

Sex and Sleep: Join Us for a Community Health Talk

Attend our upcoming Community Health Talk on Thursday, February 11th with Dr. Duffy McMahon for “How Sleepy is Your Valentine” as she discusses how sex helps you sleep and can be a game-changer in your relationship & overall health.