Is your cup of caffeine keeping you up at night?

Are you someone whose day doesn’t even – as a matter of fact, can’t even – begin without a hot cup of coffee?  Caffeine has been called the most popular drug in the world and is found naturally in more than 60 plants including the coffee bean, tea leaf, kola nut and cacao pod. Caffeine is found in all the usual places, coffee, tea, chocolate, soft drinks, medicines and cocoa and people all over the world likely consume caffeine in some form or another on a daily basis.

Because of its stimulant properties many people use caffeinated drinks to jump start their day and to help them remain alert throughout the day. The jolt given by caffeine is no replacement for sleep, but it can give us a temporary 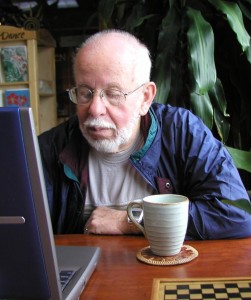 boost during the day. Caffeine makes us feel alert by increasing adrenaline production and blocking sleep-inducing chemicals in the brain.

Caffeine enters the bloodstream through the stomach and small intestine and can have a stimulating effect as soon as 15 minutes after it is consumed. Once in the body, caffeine will persist for several hours: it takes about six hours for one half of caffeine’s effects to be eliminated. Because of the length of time it takes for caffeine to leave your system, it’s suggested to not indulge before bedtime – or for that matter, after dinner time or you might spend hours tossing and turning when you should be snoozing!

Caffeine in moderation can:

If you suffer any of the “symptoms” mentioned you can discontinue the use of caffeine. But because caffeine causes physical dependence the sudden withdrawal of caffeine can cause withdrawal symptoms; these include fatigue, muscle pain and headaches.

If you’re looking to get through the day without the jolt of caffeine in your system, you can practice these habits to help you get better sleep, thereby helping you reduce daytime sleepiness and maintaining alertness:

According to the 2001 Sleep in America poll, 43% of Americans are “very likely” to use caffeinated beverages to combat daytime sleepiness. Do you?